Russell Kotcher, a Native of Detroit Michigan, has been featured as a soloist in Germany at the Bodensee Festival, Isny, and Munich; in Philadelphia with the Prometheus Chamber Orchestra; in Brooklyn with the Brooklyn Symphony; and at Carnegie Hall with the Chamber Orchestra of New York. His students have soloed at Carnegie Hall, won competitions, and are members of the Philadelphia Youth Symphony. A former member of the Muhlenberg  Piano Quartet, Russell was awarded several grants and commissions to premier original compositions at The Juilliard School and The Curtis Institute of Music. Currently, Mr. Kotcher is Associate Concertmaster of the Chamber Orchestra of New York, section violinist with the American Academy of Vocal Arts Opera Orchestra, and Violinist and Pianist of Murmuration, a classical improvisational ensemble. Murmuration was awarded the Subito Grant from the American Composers Forum to help fund their first album "Revised Notes." Russell Kotcher also tours regularly and has been a featured soloist with Josh Groban. 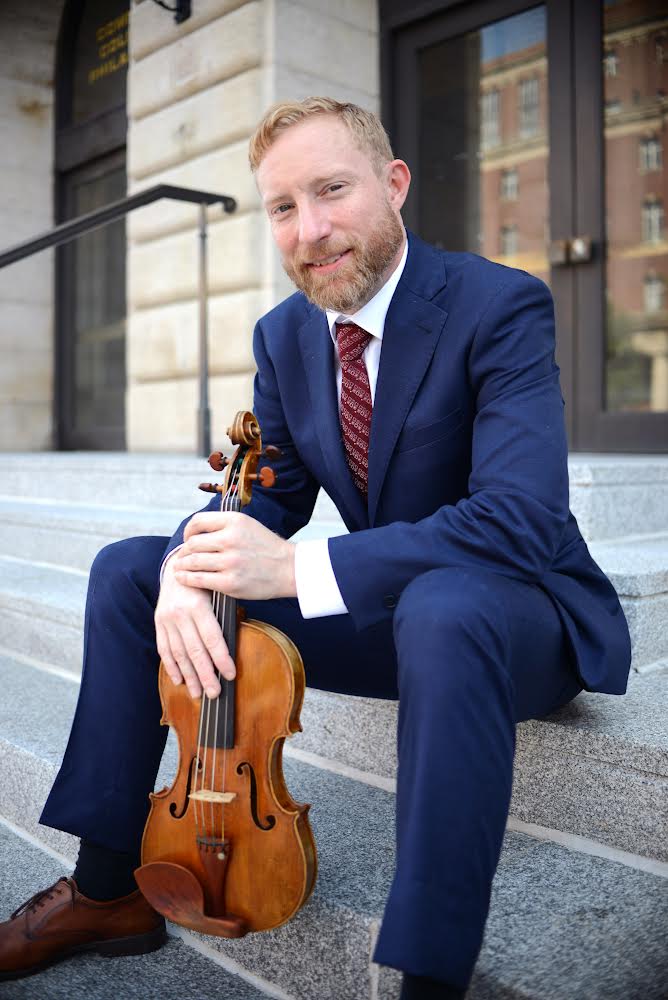